We could start seeing delivery drones finally start making deliveries in the next two years.

A Hyperloop could take us in between cities in just six years. We already know we’re getting closer to seeing a Hyperloop, a high-speed propulsion system, after seeing the first test run by start-up Hyperloop One in May. Hyperloop One has actually partnered with the City of Moscow to bring one to Russia.

Machines could start thinking like humans as early as 2025.

Space trips designed to send people to Mars could start taking place in 2030.That prediction actually gives. Musk some leeway in realizing his vision of getting people to Mars. Musk said at Vox’s Code Conference in June said he plans to send astronauts to the red planet in 2024 so they get there by 2025.

Clothing could give people superhuman skills in the next 10 years.The most obvious example of this is the exoskeleton suit, Pearson said. Hyundai recently created an exoskeleton suit that can make heavy lifting easier.

Virtual reality could replace textbooks during the next decade.Google’s Expedition App already lets students take trips in VR to places like the Great Barrier Reef. The app first launched in beta form in September.

The smartphone will become obsolete by 2025. It will be possible to pull up screens in AR via a tiny bracelet or another piece of jewelry in the next 10 years, making it unnecessary to carry around a smartphone. Companies like Magic Leap are working to bring AR into the mainstream. You can find world’s first mobile phone invented by Martin Cooper

Self-driving vehicles could be ubiquitous in the next 10 years.

printing could be used to construct more houses in 20 years. Architects around the globe have actually been racing to build the world’s first 3D-printed house.
In China, a company named Winsun said it built 10 3D-printed houses in one day — each costing just $5,000. A professor at USC is working on a gigantic 3D printer that can build an entire house, with electrical and plumbing conduits.

People could start using robots to do work around their house and provide companionship starting in 2030.Between artificial intelligence and robotics, we’ll have quite a lot of assistant tech and some companionship since a lot of people will be living alone,” Pearson said. “So companionship is one of the primary goals for future robots
Rethink Robotics, based in Boston, designed the Baxter robot to work alongside real people. Its cartoon face changes expressions to warn people what it is doing. 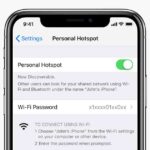 How To Enable Personal Hotspot In Any Iphone

How To Become A Pilot In India

Uncategorized How to mirror android phone to Laptop/PC

News Facebook is bringing this desktop-only feature to smartphone

News Gold reserves of more than 3,000 tonnes found in UP

How to mirror android phone to Laptop/PC

Gold reserves of more than 3,000 tonnes found in UP